Aether as an app for reading reddit (and Aether)

Since Aether’s forum structure is very similar to reddit’s, and since reddit is a very large popular network with a lot of activity, and since aether might be useful to communities that no longer find reddit hospitable, I wonder if Aether might work better as a way to read reddit.

Hey, that’s actually not a half bad idea.

One thing we could do is we could allow you to add subreddits as aether communities so that your list would be a combined list of both.

Not sure if Reddit API or license allows this — this could be interesting if it does. As you pointed out, they are compatible to some extent. We would have to remove some features on Reddit subreddits (since they don’t have mod actions for everyone, etc) but it really could work. I’ll take a look this weekend to see what we can do with it.

glad to be helpful!

also, just to be clear, this is a bit speculative on my part, since i’m not currently an active reddit or aether user.

I just like the idea of transitioning people to p2p discussion spaces and this idea cropped up. and I think redditors would be really into this idea in the abstract, and reddit can be an amazing place to reach an audience if you have an idea redditors are into!

i wonder if there’s some way to validate this with redditors before building it?

You could try this good idea with Notabug too:

Voat - Have your say

a community platform where you can have your say. No censorship.

Some ideas on how to code this and to see how something similar has been implemented can be seen on Invdious, which allows users the option to see either Youtube or even Reddit comments on videos hosted there. For example, look at these:

Gab also has a way of commenting on pages on other websites. It works through an extension through their fork of Brave, Dissenter: 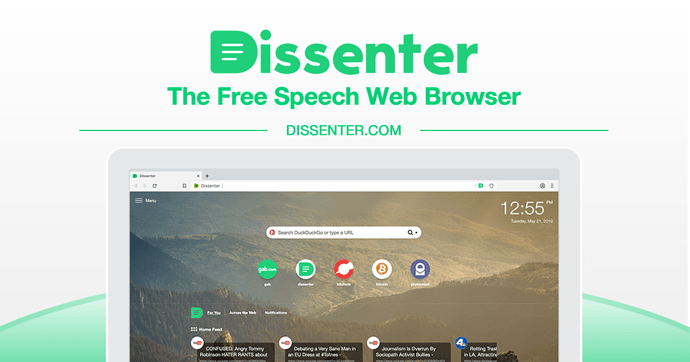 Dissenter is a browser built for people, not advertisers. By using Dissenter you'll be blocking Big Tech ads and trackers, making your browsing experience faster and more secure. Comment on any URL

Perhaps there could be an Aether extension for Chrome based browsers much like Gab’s.

Dissenter is a browser built for people, not advertisers. By using Dissenter you'll be blocking Big Tech ads and trackers, making your browsing experience faster and more secure. Comment on any URL